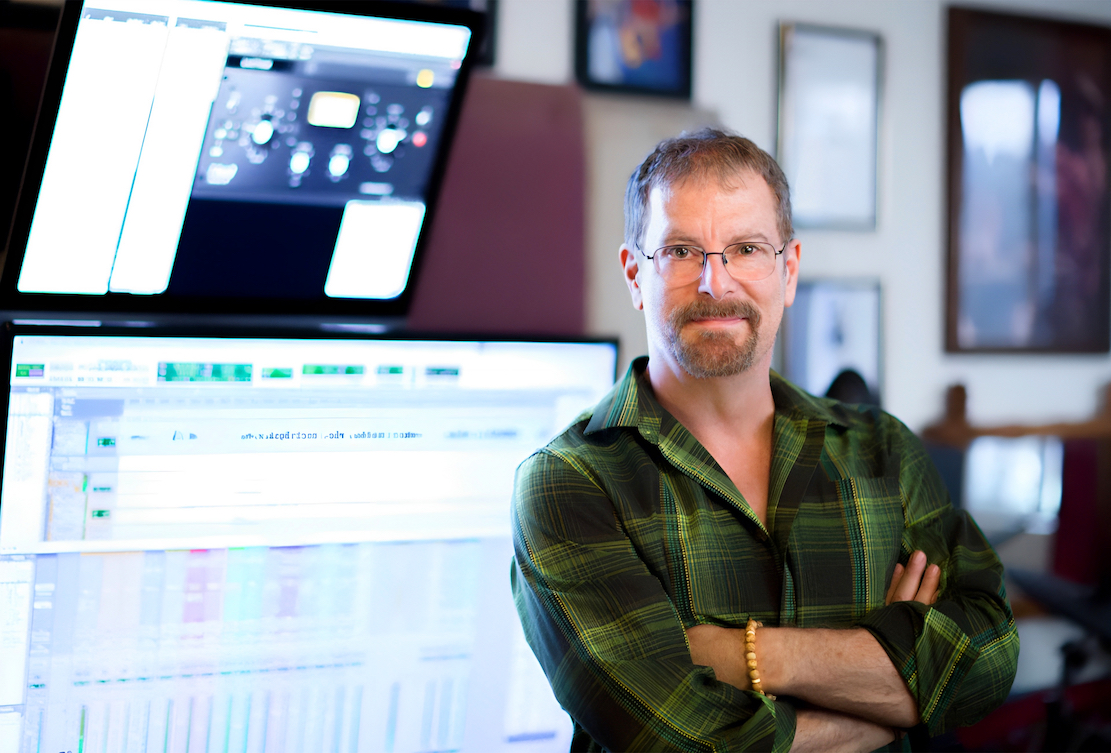 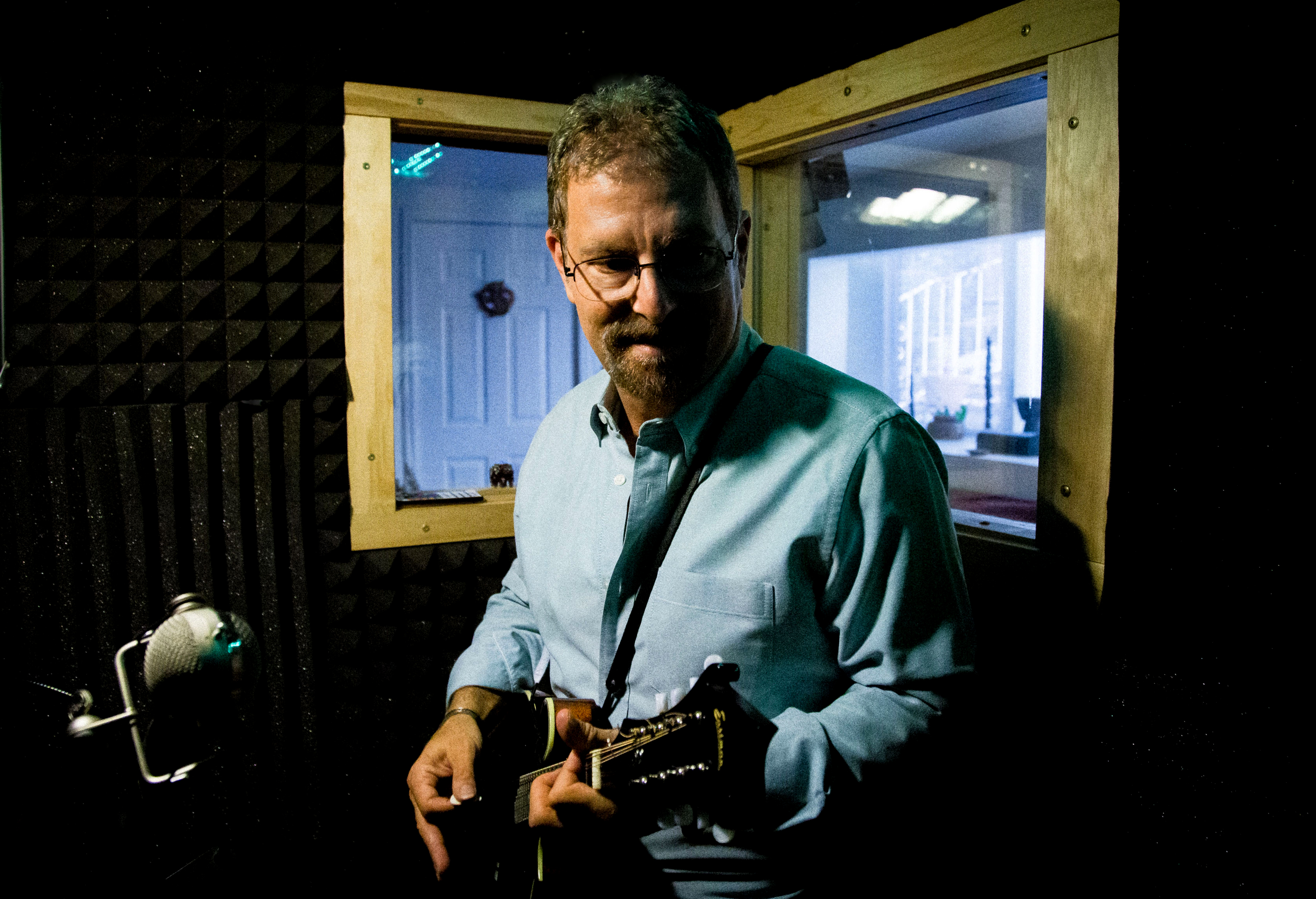 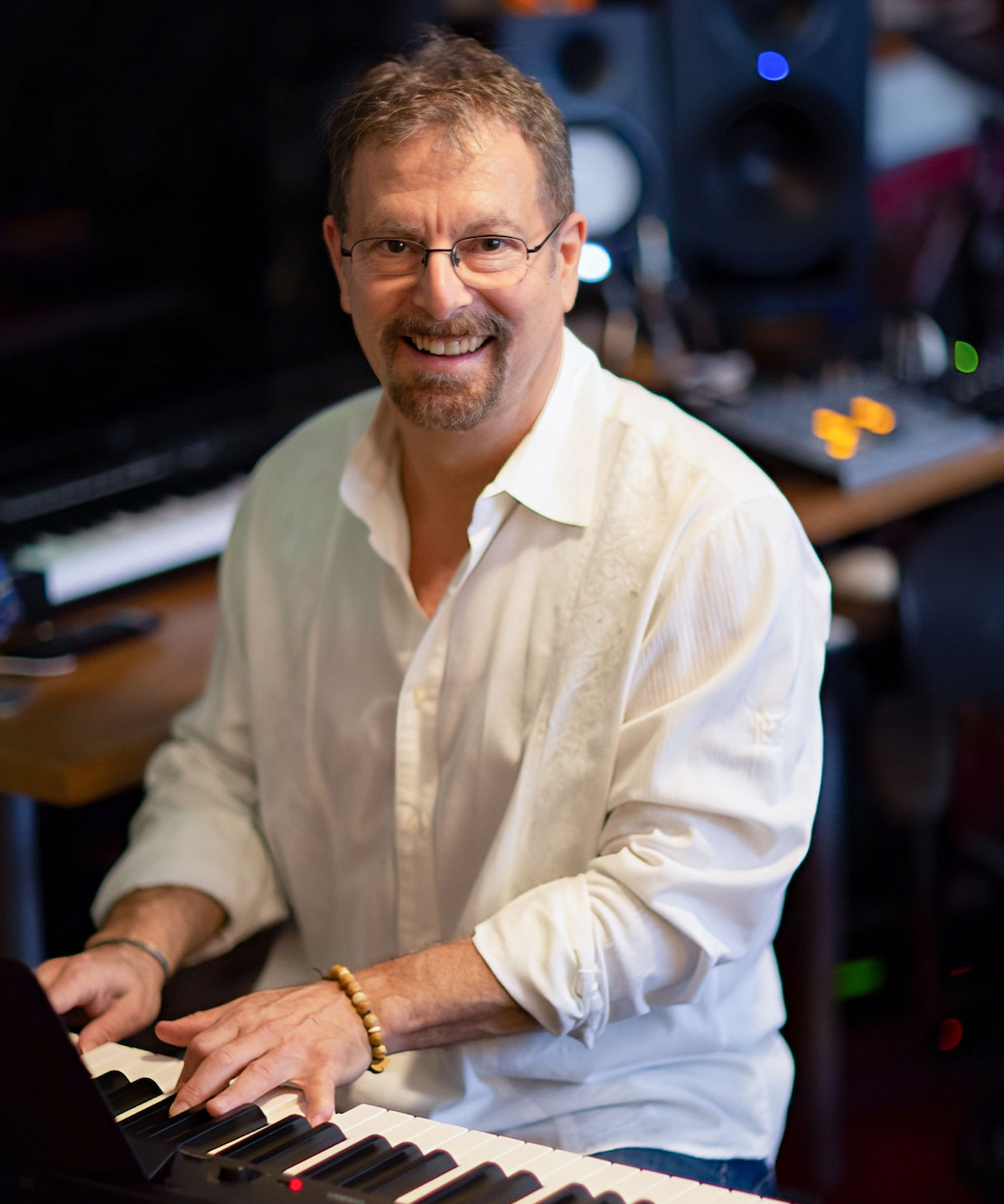 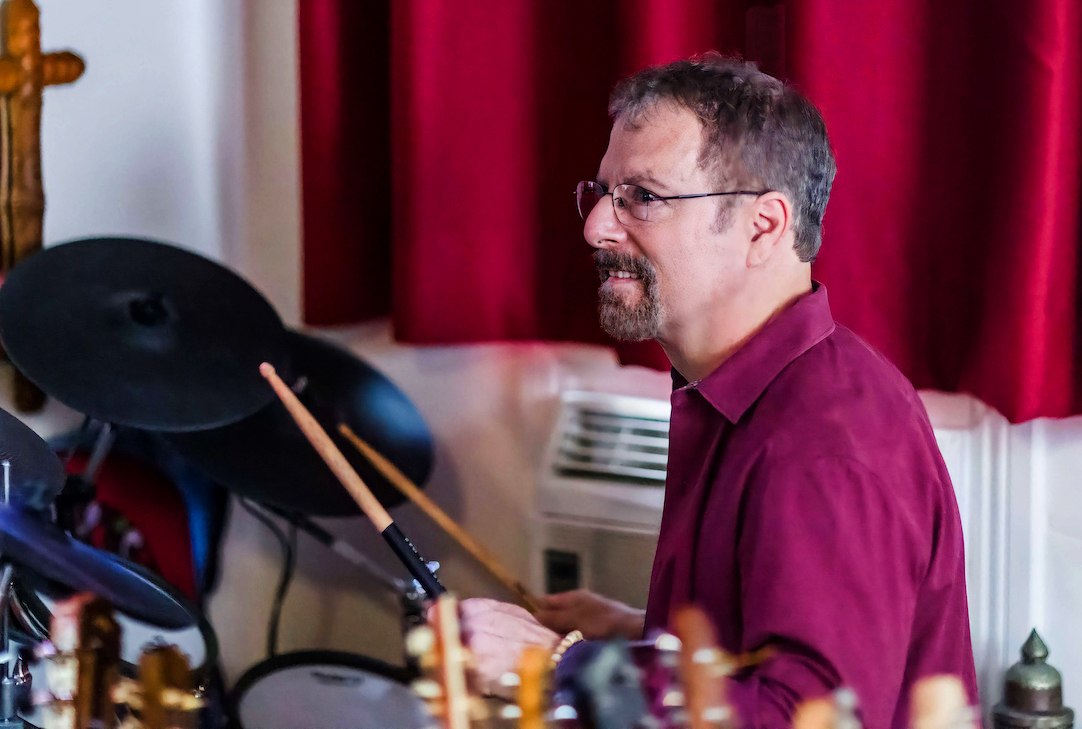 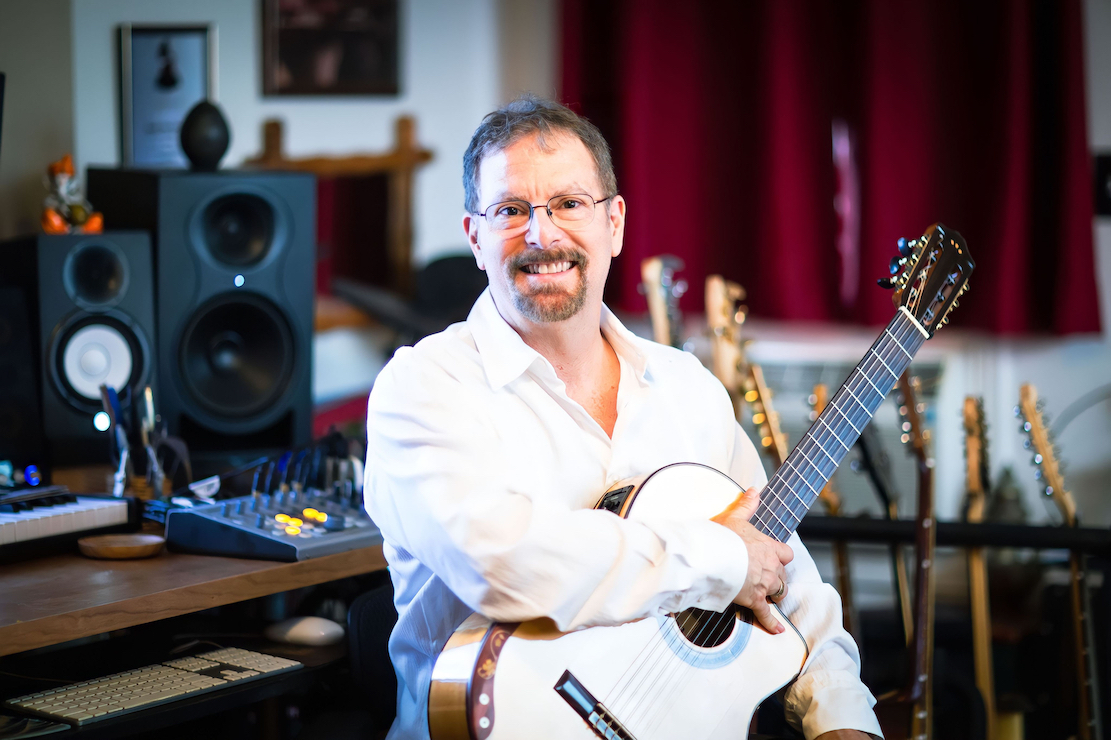 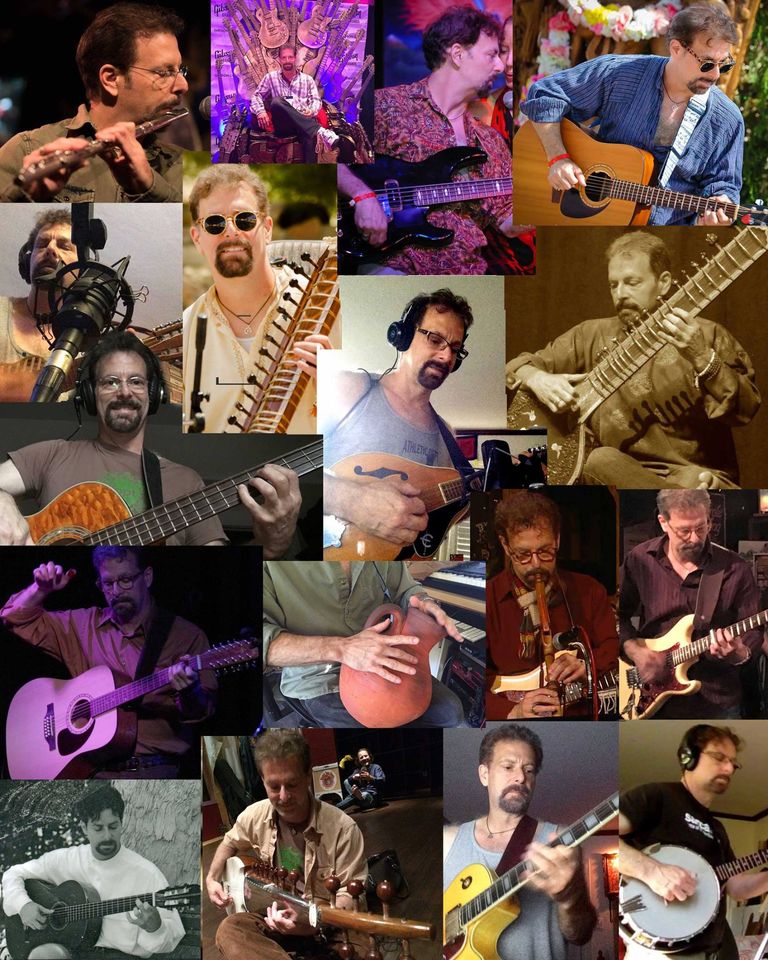 Vito’s musical journey has been nothing if not diverse. His earliest musical explorations were rooted in Pop, Rock, Jazz and Blues, and shades of The Beatles, Eric Clapton and Jeff Beck can be spotted in his work to this day. Vito was born in Los Angeles on October 20, 1959. By the time he was in his teens, he was already hailed as a guitar virtuoso and working regularly in the L.A. club scene. “I was lucky I could grow a beard, so I passed for legal age,” quips Vito. Surrounded by older and more experienced musicians, Vito soaked up technique and style, but took a right turn in college towards Classical Music.

“I’ve loved history since I was a kid, and Classical Music was the soundtrack to every era. At university, my emphasis was in Renaissance music, composition, and later, Spanish guitar.” This Latin influence would later flower into his spanish flavored album “Organic Nylon”. Vito’s Classical studies naturally led him to scoring. “I grew up in a theatrical family, and my sister was always calling on me to create music for her shows,” says Vito. His keen dramatic instincts have been tapped for music in film, TV and theatre projects.

As a songwriter working in the Pop, Rock and Country fields, he’s collaborated with noteworthy artists producing as well as playing on all the songs. Vito’s tasty guitar has been a spotlight in many of L.A.’s most popular bands as well as in studio sessions. His extensive musical IQ also made him a sought-after musical director for many singer/songwriters.

But it was Vito’s spiritual quest that led him to the New Age and World Music scenes. He was introduced to Transcendental Meditation at the age of 13, and later he turned to Buddhist meditation practices and Yoga. This in turn exposed him to Global Music and World instruments, from sitar to charango. His interests in the healing power of music and his Classical background seamlessly blended in with his expansive experiments in New Age music, expressed in his first release as an artist, “Yoga Heart Healing”.
Over the years, he’s had the privilege of working with such New Age and World Music artists as Constance Demby, Jai Uttal (featured on the Grammy Nominated “Mondo Rama” as guitarist and co-Producer),  Deepak Chopra, Steven Halpern and produced and co wrote with for the acclaimed albums “Songs of Kuan Yin” with Donna De Lory for Sounds True Records.

Meanwhile, Vito has embarked on the massive task of bringing the centuries old sacred text the “Bhagavad Gita” to the world as an album and rock opera,
“Song Divine“. Renown writer Lissa Coffey has translated the book:
“There hasn’t been a translation that is easily accessible, and easy to relate to without massive explanation. Song Divine is written in verse and rhyme, the way the Bhagavad Gita (translated to “The Song of God” from Sanskrit) was originally intended.”
The album was released to great acclaim in the fall of 2021.
‍
Also on June 28, 2022 saw the release of the long awaited "Wild Monsoon" with 2x Grammy winner Ricky Kej in a unique collaboration. East meets West, New Age meets World Beat.
"That is one incredible album David, wow! Get ready for a Grammy!"
- Keith Hanneleck, New Age music Reviews
‍

Whether laying down killer guitar tracks, composing original music or adding depth and polish to artists he produces, Vito brings integrity and unique artistry to music that defies pigeon-holes. “I have the ability to hear something in everything — I can see ‘round the bend when someone plays me an idea. That inspires me in the job of Producer.” 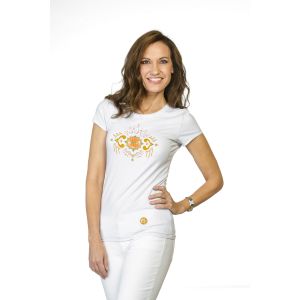 CATEGORY
I love working with Vito because he’s literally a one-man-band! He can play pretty much any instrument, plus he’s an amazing composer, arranger, engineer, and producer. He is even edits video! I rely on Vito’s experience and expertise and he always delivers. Vito is super creative, and can take a kernel of an idea and turn it into a symphony. On top of all this talent, Vito is also a genuine, kind person who cares about his clients and is passionate about his projects. 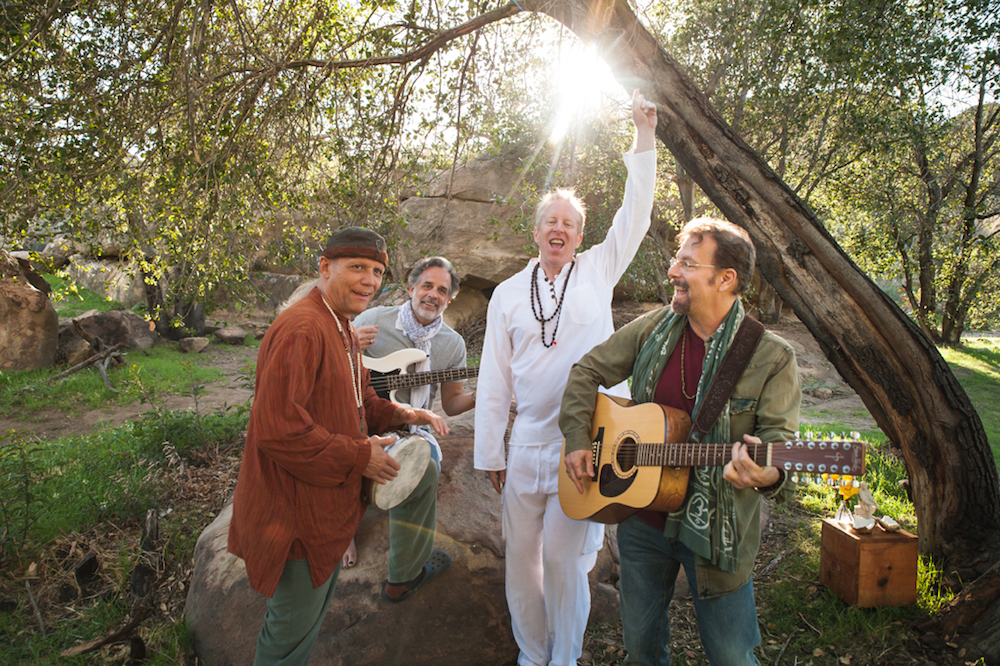 CATEGORY
Vito Gregoli is the best Kirtan musician I know, and probably the best musician, period. Working with Vito means It’s All Handled. Need great guitar work? Bass? Sitar? Flute? Other exotic Indian instruments? Running the board? Arranging a song? Even video editing?! Vito can do it all.
He’s loyal and he’s my friend. He’s come through for me over and over again. He’s a relative newcomer to Kirtan (about five years), but, boy, do we need him now. I couldn’t imagine the Bhakti and Kirtan world without him. 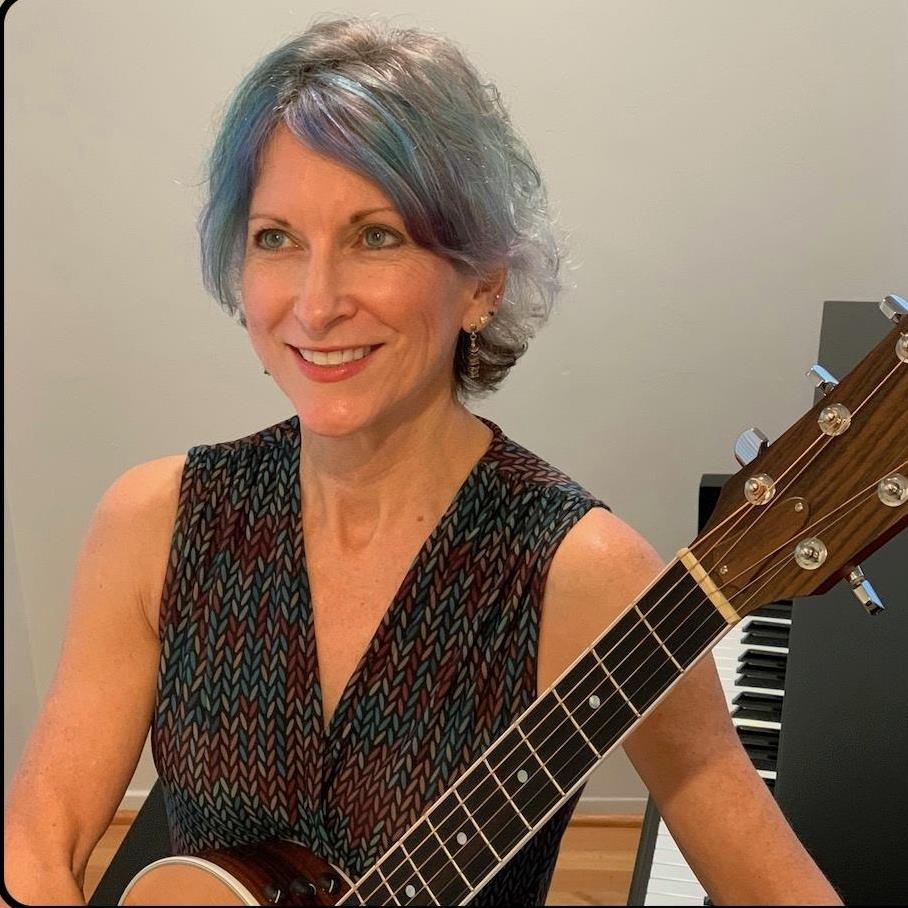 CATEGORY
Is there anything Vito can’t do? I continue to be in awe of Vito’s creativity, skills, experience and productivity. He is an amazing producer, recording engineer and multi-instrumentalist with a knack for finding the gem in every song and bringing them to life.

Vito and I are co-creating an album of 12 of my original songs. He challenges me to be the best writer and singer I can be. He captures the essence of each song and suggests re-writes to fine-tune the lyric, melody and chords. As a multi-instrumentalist, Vito quickly comes up with guitar licks, bass lines, live drum parts and unique instrumentation that surprise and thrill me. And then masterfully records them! Not only is Vito talented, he is a wonderful person and joy to work with. 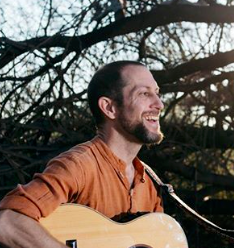 CATEGORY
Working with Vito was a life-changing experience. He was patient and helped me with my learning curve which I really appreciated. The album exceeded my expectations! 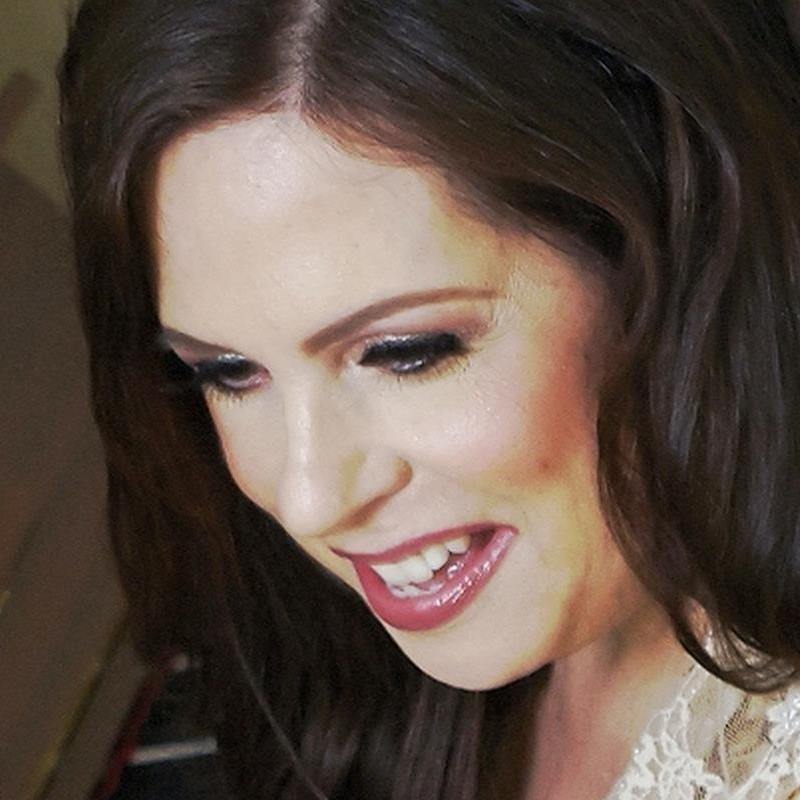 CATEGORY
I had the pleasure of working with Vito on my last album, Recollecting You. One of the songs Vito performed on, “Falling,” won a 2017 Clouzine International Music Award for Best Jazz Song. I have no doubt that Vito’s consummate guitar playing was the key to winning that award. Brilliant is the word for Vito! Not only is he a musical genius capable of performing many styles with ease, Vito is as kind as he is talented. I am truly honored to know him. 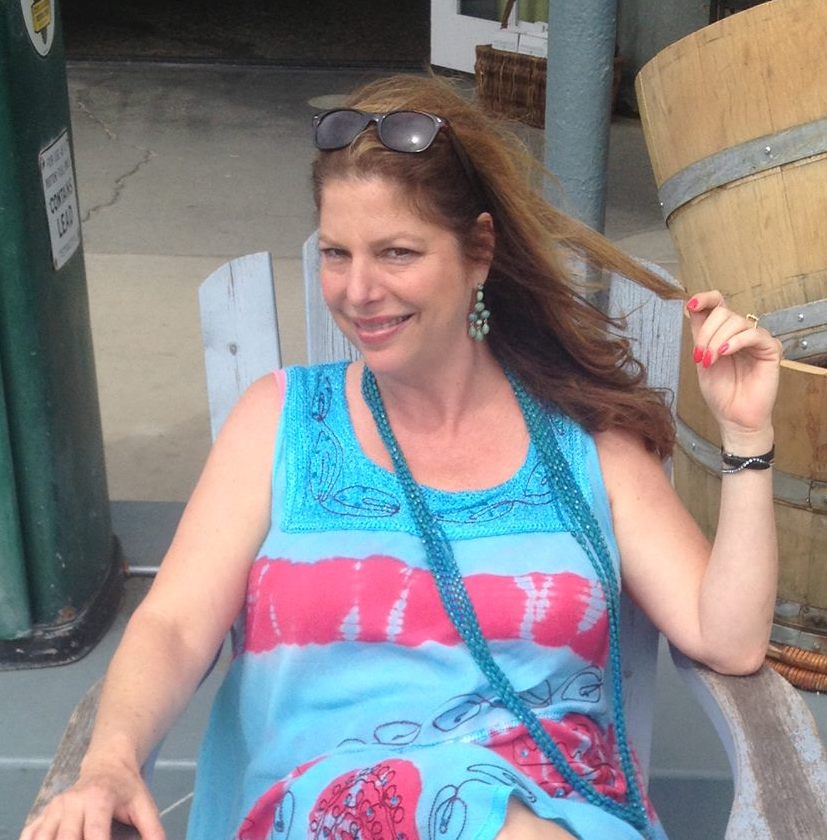 CATEGORY
Vito is an artist in the truest sense. He was able to comprehend my vision, and elevate it. The last project I hired Vito for had a very tight deadline, and not only was he able to complete it under the wire–he also handled my last-minute adjustments efficiently and without complaint. He is collaborative on all levels, I value his honesty–because he never settles for “good enough.” I felt gently pushed to do my best work and he in turn took what I did and made it even better. Honestly can’t say enough about the process AND the finished product. Thank you, Vito! 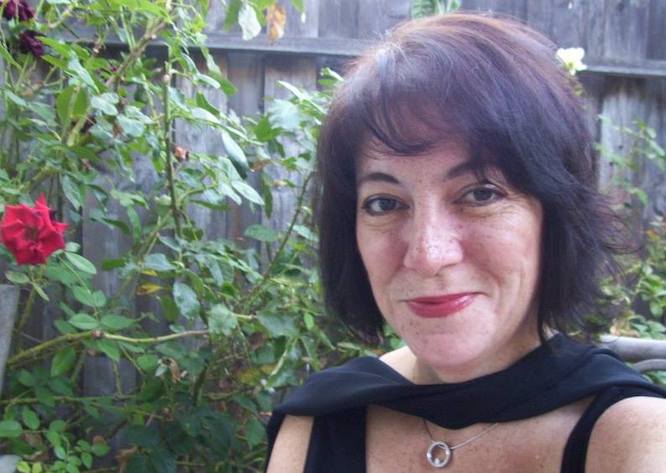 CATEGORY
I’ve worked with Vito for many years. He has produced all my records and we’ve performed together many times. He really listens to the artists he works with and helps bring the best out of them. His studio is fabulous. It’s a great environment in which to work, very soothing and calming. He is a blast to work with and brings in a stellar product, on time and right on (or even under) budget. 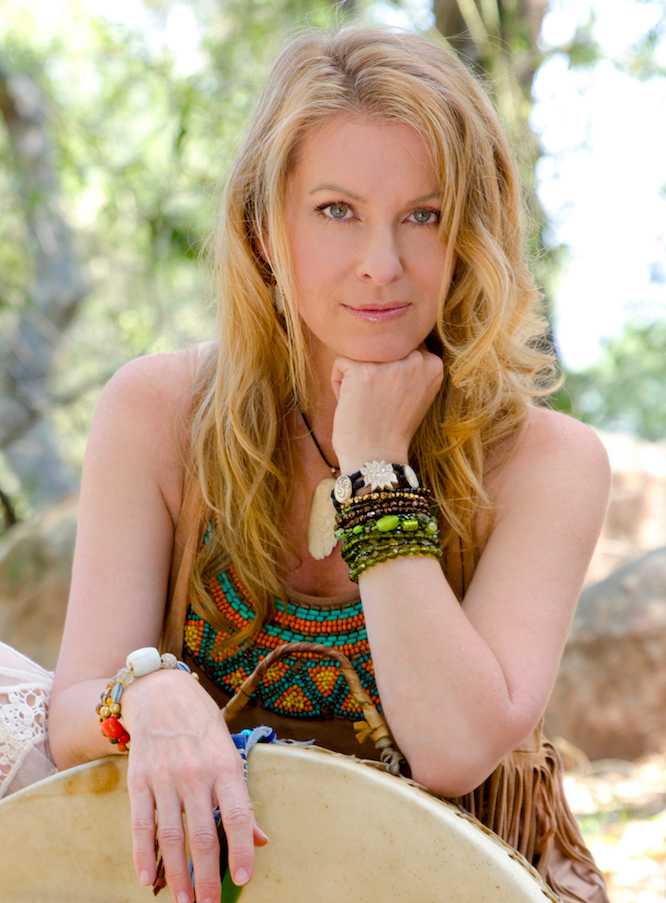 CATEGORY
Vito is a professional. He approaches all aspects of music-making with a can-do attitude. He constantly looks for ways to further enrich any project he is working on and is committed to every artist he works with to bring out the very finest. He is stylistically diverse, making it very easy to move between genres and feel completely held in knowledge and expertise. Vito has the ability to think inside AND outside the box. So, if you’re looking for straight ahead, he’s got it. If you’re looking for out of the box, he’s got you there too. As a songwriter himself with a rich background in composition, Vito was able to support me well in pulling together my ideas and bring to life what I envisioned.

Thank you! Your submission has been received!

Oops! Something went wrong while submitting the form